(27/Sep/2017) EasyJet 8163 landed 20 minutes early, so Mr. Middle-Seat barged past me and whacked my head as he jerked his suitcase out of the overhead locker. In the terminal, he continued hustling to get to the head of the queue for immigration. Who knows what kind of a hurry he would have been in if we had landed on time.

Almeria traces its history back to Roman times (as “Portus Magnus”). Today, it’s an attractive and walkable city with A Muslim fortress, a fortified cathedral, underground tunnels from the Spanish civil war, dramatic industrial architecture, and many more sites. My guess is that the city is going through serious economic woes, with many shuttered shops, but some commercial areas seem to be doing well, and there are many attractive new buildings dotted around. I was glad that easyJet’s crazy-early flight gave me a full day to explore, and grateful that the AC hotel allowed me to check in and use my room from 10:00AM.

The Cathedral (fortified against Moor and Berber attacks):

The Cable Ingles (setting for that famous scene in: “Get Ramirez,”) which was once used to transport mineral ores from inland mines directly to the ships: 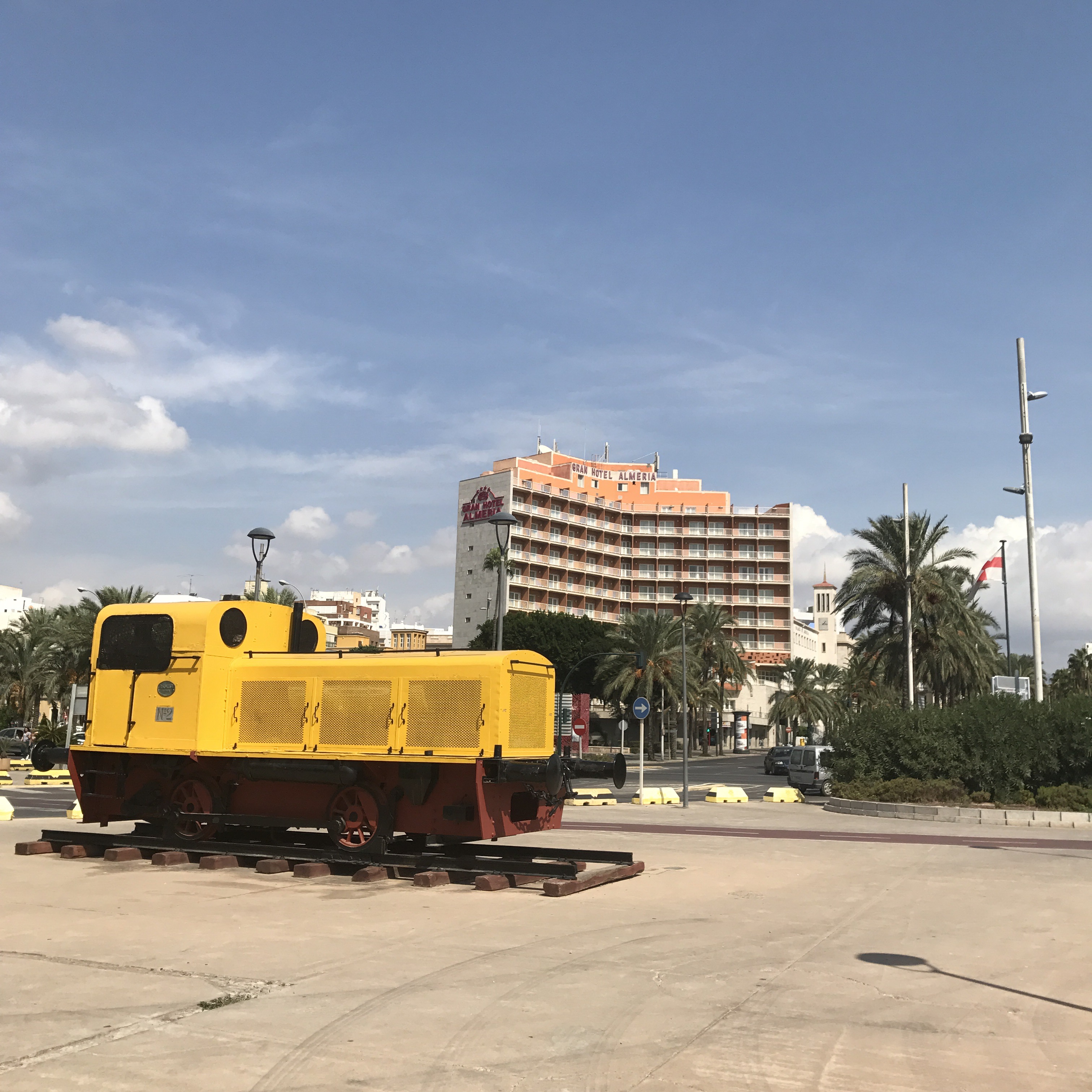 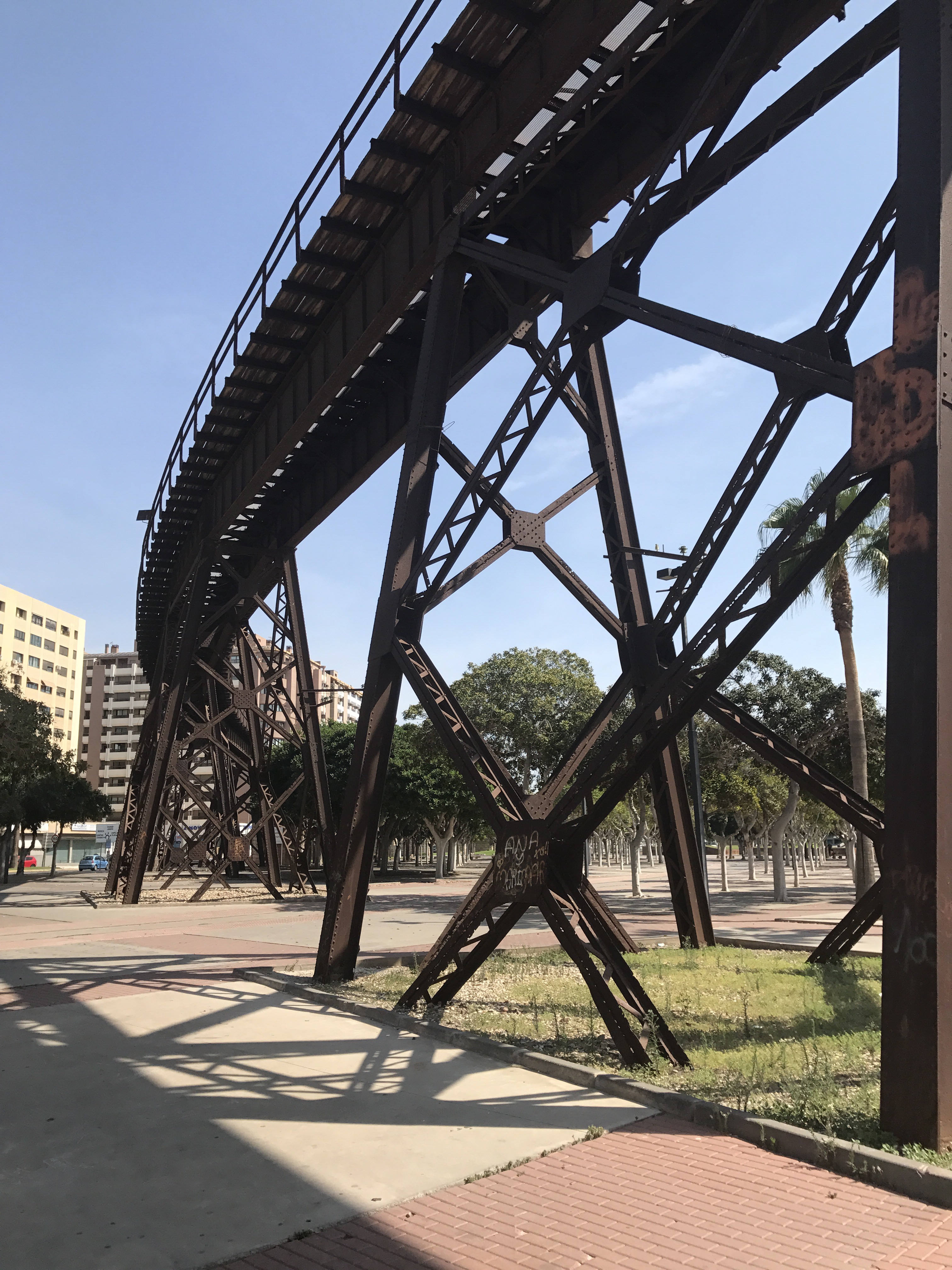 Next time, I’ll visit the ancient Moorish fortress that I could see from my hotel pool:

At 7:30 PM, the members of the Almeria Camino Mozárabe association came to meet me at my hotel. They took me to their office and spent 90 minutes planning my Camino with me – with wonderful advice about where to stay, and how to get the most out of he experience. Inma told me that the Camino is transformative: “The person you will be at the end of your Camino is not the same person that you were at the start.” Mercedes promised me that I would be fluent in Spanish by the time I reach Santiago. Veronika counselled me to follow my heart and keep my eyes and ears wide open.

Overall, Almeria seems like a city with pride in itself. I did my best to notice the little architectural features and evidence of thoughtful urban planning, such as these manhole covers, paving stones, and monuments. I’m sure that my friend, Mark Brown, would be thrilled: 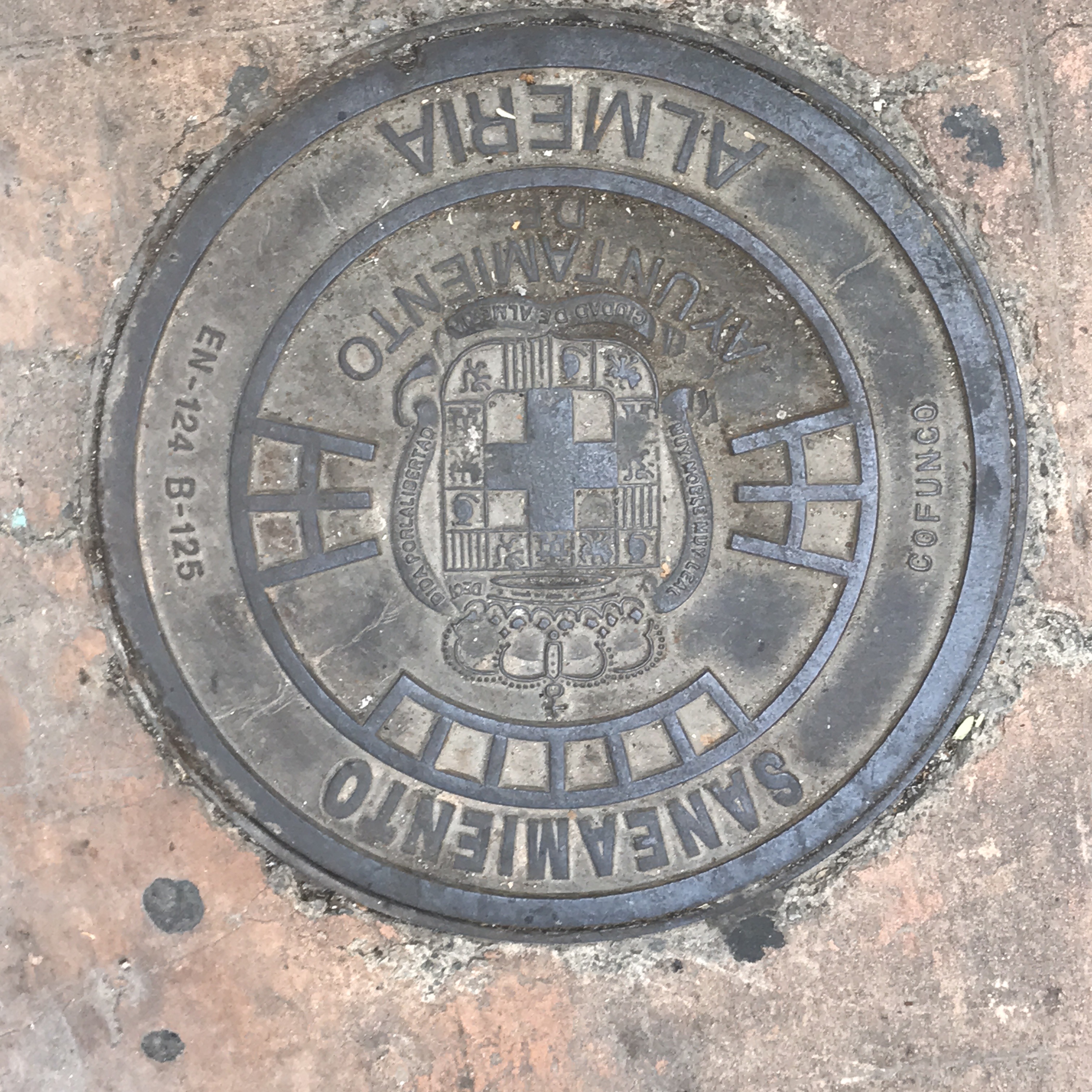 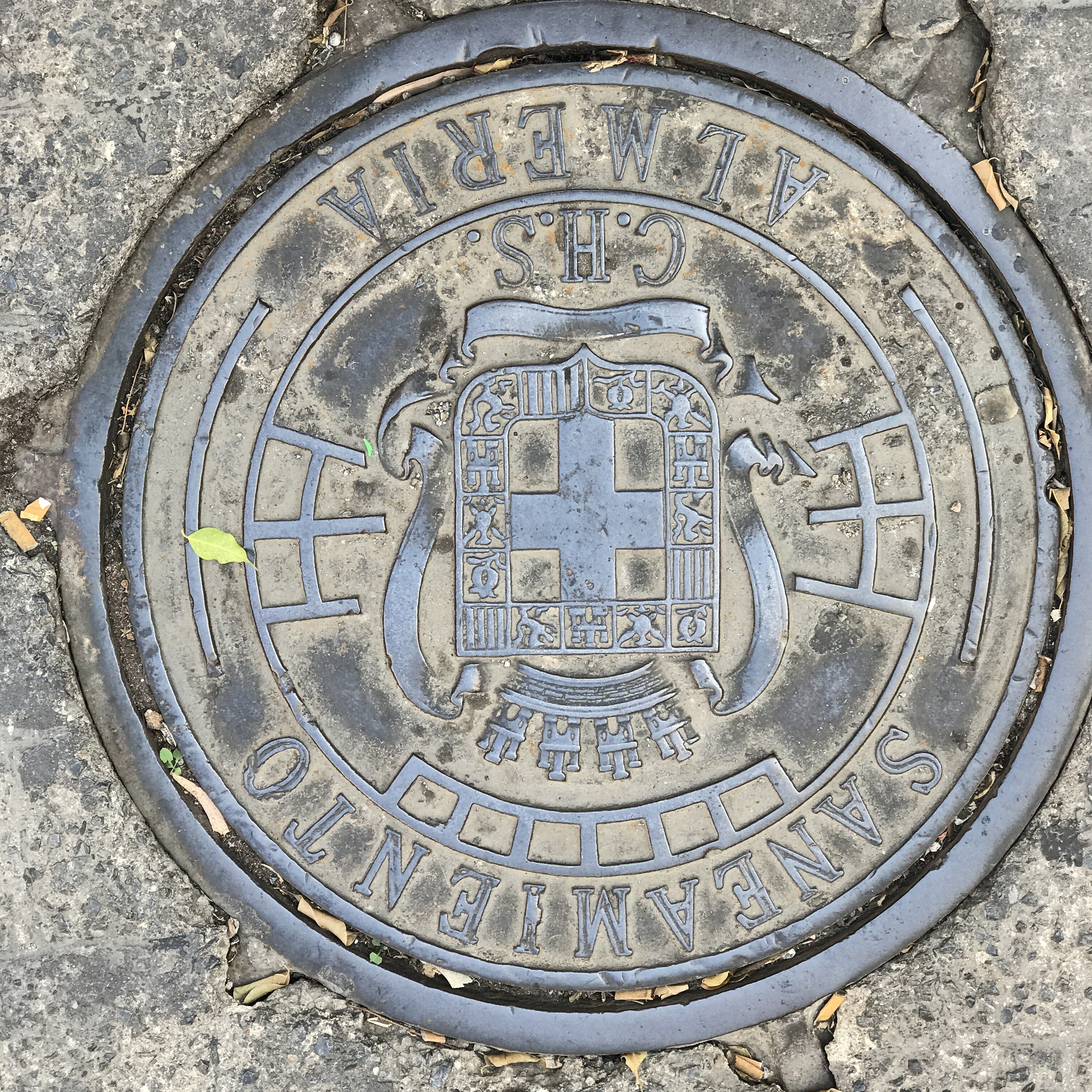