It seems that yesterday was a national holiday in honour of the patron saint of the Guardia Civil, so the shops in Alcalá la real (and in towns across the country) were closed in the evening, with the exception of bakeries and bars. There was no fiesta-like celebration. The only thing going on in Alcalá was a display of prize winning birds in cages.
Just as I was thinking that Alcalá seemed more like a one horse town than the city that it is, a man with a donkey walked past. (Cue obligatory donkey photo).
Fortunately I still had some of the cured meat and bread that I had bough in Ermita Nueva so I set off with those in the morning.
I had already plotted my course out of town, but I needn’t have, because a man ran out of the Cafe/Bar Pireo to direct me to the old roman Guadix-Córdoba road that I was to follow for the start of today’s stage. I decided to join him in the crowded cafe for a breakfast of coffee and toast with tomatoes.
After breakfast, I made my way between olive groves along the roman road, crossing the roman bridge and admiring the last views of Alcala’s castle (la Mota). The rest of the day was on good walking paths and farm tracks, with a couple of brief splashes of refreshing rain. At times, the main road was visible just a field or two away. I had to cross it twice (once via a tunnel and once by climbing over the barriers and making a chicken dash) but it was nice not to have to walk with cars flying by.
In Ventas del Carrizal, a woman and her two grandchildren were eager to engage with me. The boy shouted “Hola,” grandma asked if I was walking all the way to Santiago and didn’t seem at all phased by my response in Japanese “Sou nan desu.” She just replied that it was wonderful. And then her granddaughter decided to introduce herself in English: “My name is Victoria,” which the neighbours found very cute and I walked off saying goodbye.
I reached Alcaudete in time for lunch at a cafe by the park, then made my way to the albergue which is owned by an Englishman, Peter. He put my clothes in the washing machine, and we went into the shops to buy food and have a couple of drinks. We ended the evening with ham and tomato sandwiches in his garden. He is a veteran of the Camino and was able to give me some good advice. Tomorrow I leave for Baena – which I remember as a fairly large city from my bus ride through the area. There is nowhere to get water on the way, so I’ll be packing an extra couple of litres. 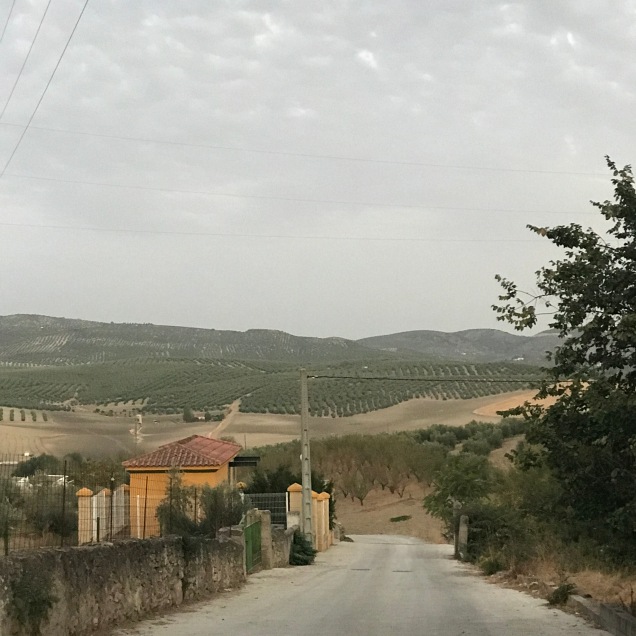 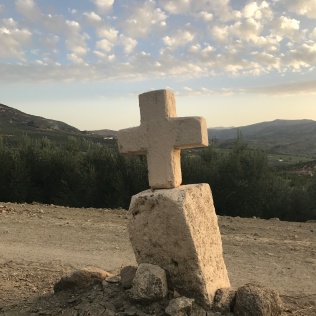 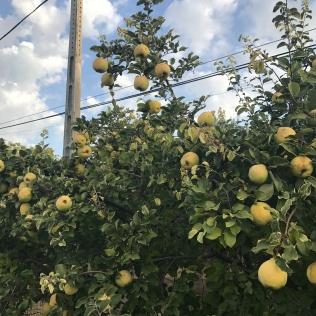 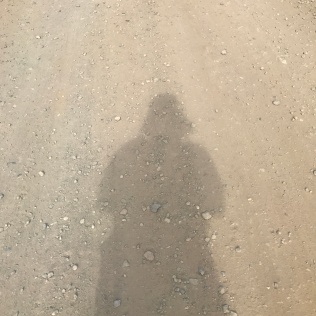 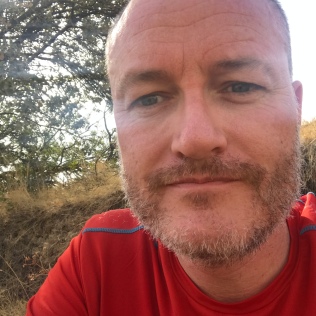 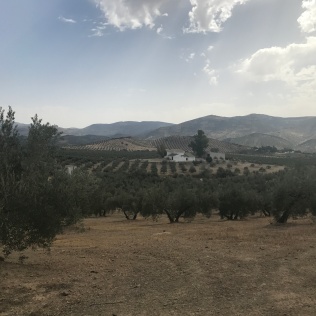 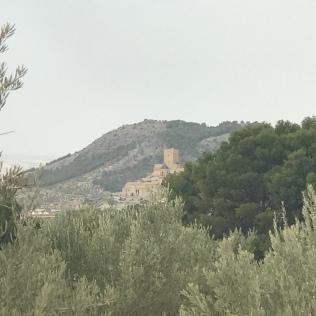