Like yesterday, I ditched the comparatively ascetic pilgrim routine and went full-blown tourist. In the morning, I dropped off my laundry at the excellent Tintoreria Guerrero, across the square from my hotel. Same day laundry service, hand wash for delicates… nice!
Then I went to see some of Merida’s “secondary” attractions. I strolled across the Puente del Guadiana Roman bridge (blown up in 1811 by Spain’s British allies, in a failed attempt to prevent the French from taking control of the city). I toured the Moorish Alcazabar, built to impose control on the rebellious citizens of Merida in the C9th. Then I looked around the remains of Roman and Visigoth streets and homes at the Moreira site, which is covered by a government office building on steel stilts – a necessary compromise, I guess. The Moreira has a “centro d’interpretacion” that describes the Via de la Plata – the old pilgrim route from Seville to Santiago that my path from Almeria merges into at Merida. It was a helpful primer on the road that I’m about to follow.
After an excellent lunch in the food court under the seats of the bullring, I went to see the remains of the “Mithraeum” house; a grand C2nd residence with gardens, baths, underground rooms, commercial and residential areas. And finally, the tombstones, inscriptions, and sarcophagi in the Roman cemetery nearby. In most other cities, any one of these sites would be regarded as a top tier draw, worthy of a visitors’ centre with car park and gift shop. Here, they might be the red headed step-children of the city.
In the afternoon, I returned to my hotel room for a couple of essential phone calls – a reminder that I haven’t entirely left all my cares behind. And then I took a walk out of town to pick up the parcel that I had mis-addressed to the other Hotel Ilunion in Merida. My walk took me roughly along the route that I should have taken to enter Merida. And this is when I spotted the school with the huge Camino Mozarabe sign – CEIP Ntra. Sra. de la Antigua. I should have gone earlier and dropped in to say hello to Esther Nieto Vidal and the other teachers who run projects with the children to understand the history of the Mozarabes and of this route. A missed opportunity! My only regret about this visit to Merida.
So who were the Mozárabes? Simply put, they were Christians who lived in Moorish lands – i.e. All of southern and central Spain. They descended, mainly, from the Visigoths, including wealthy families. Reading this fact reminded me of something that an elderly Protestant man in the Irish midlands once told me. He said: “They say that this country [the Irish republic shortly after independence] was tolerant. But it wasn’t a tolerant country. Those of us who stayed were either very rich or very poor. If you were rich, you could stay and it didn’t make any difference to you. And if you were poor, you had no choice.”
The caliphate in Spain required Christians to pay a special tax that exempted them from military service. It also let Christians run their own legal system, in parallel to the law for Muslims. Mozarabe communities in Moorish cities were free to continue to practice their Visigoth Catholic faith (but converts from Islam to Christianity were considered apostates and subject to capital punishment). Toward the end of Moorish rule, many Mozárabes moved north into Christian areas of Spain.
After picking up my box of cold weather clothes, I treated myself to a taxi. I was able to collect my fresh-smelling clothes and take the package to the post office, who will hold it for me in Cáceres. I expect I’ll need my cold weather clothes fairly soon.
Tomorrow I resume my pilgrim journey. Time to get some rest now. 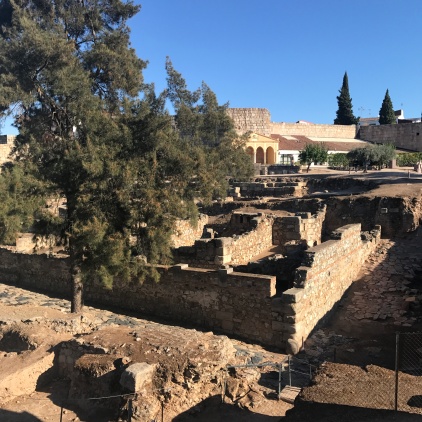 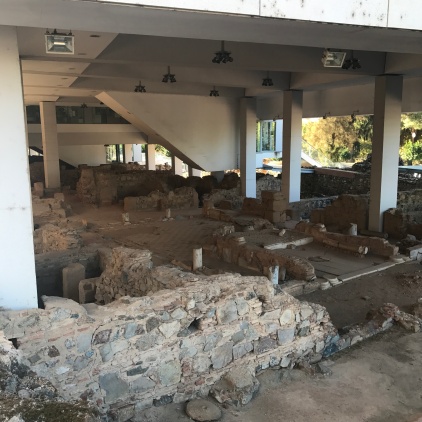 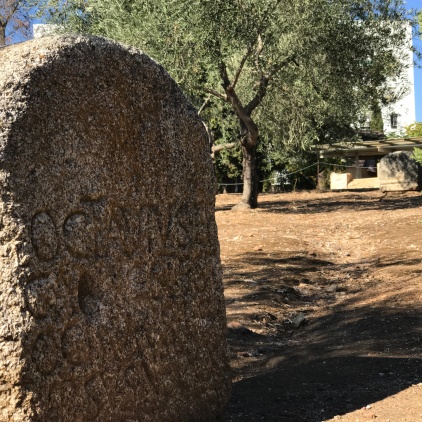 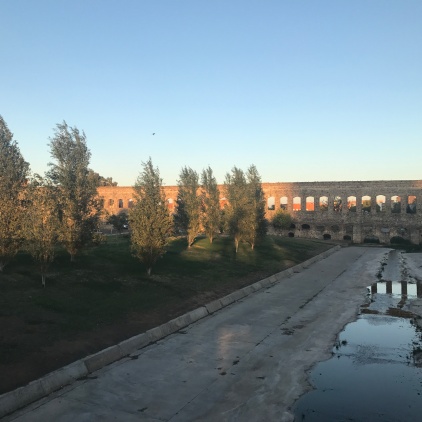 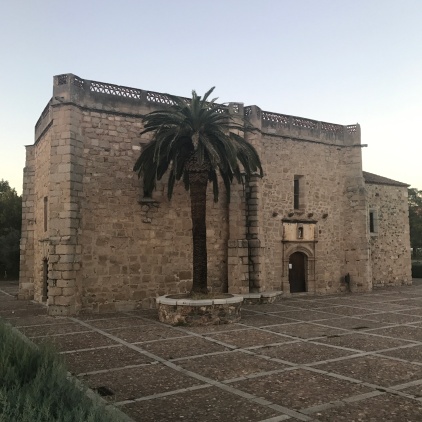