The next 15km or so took me along more Roman road with beautiful surroundings. I passed another lake, where I found families picnicking, wading birds, and fish with their bodies sticking out of the water as they lay in shallow water, gobbling up tasty treats that, I assume, they were shaking out of the mud.
The days are shorter now so I enjoyed the evening sun as I reached the small town of Aldea de Cano. The town was buzzing with activity, which I discovered was related to the fiesta that they had just celebrated. So no open shops… I collected the keys to the albergue from the Las Vegas restaurant and paid my 6 Euro fee for the night. I’m the only pilgrim in this huge barn of an albergue with signs in four languages to tell me how to use the washing machine. Dinner at the Las Vegas was fine – 8 Euro for the pilgrim menu. I fell exhausted into a deep sleep as I was writing this last night. Finishing it up now at 7:30am on 2/Nov. Must get going now. I want to reach Caceres by early afternoon and take a look around. It’s about 21km up the road. 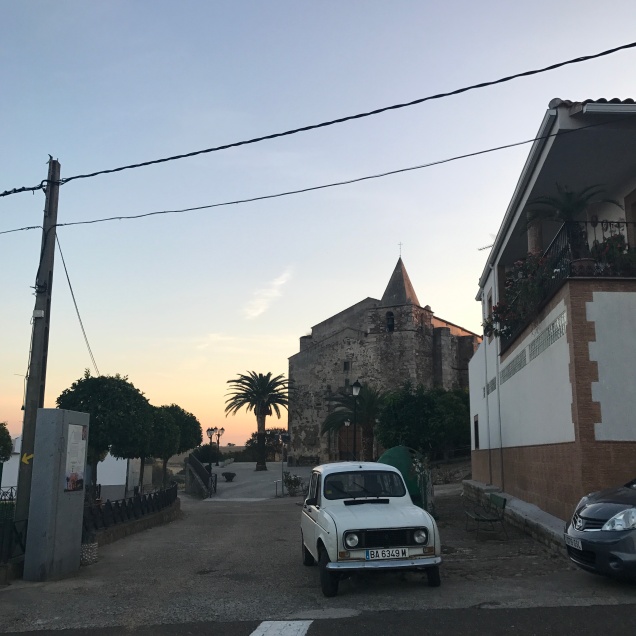 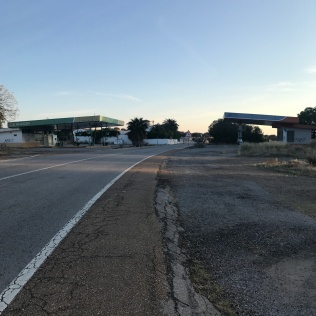 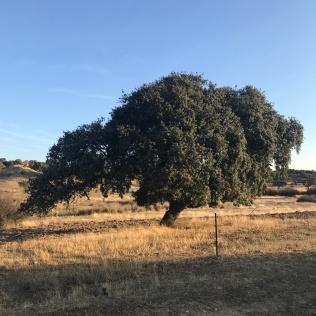 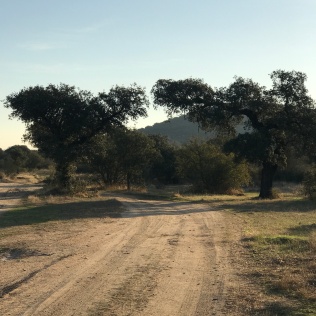 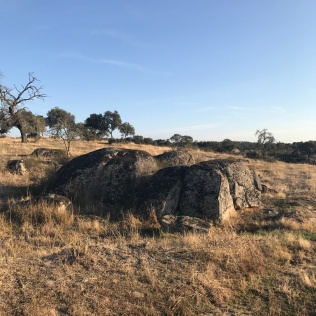 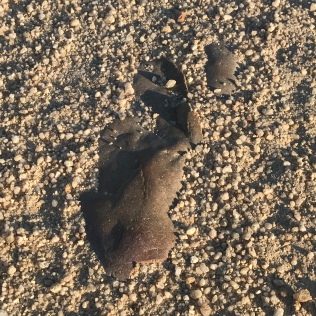 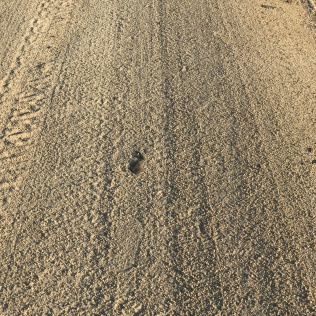 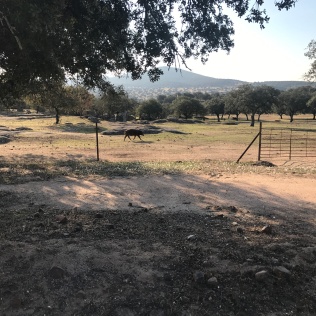 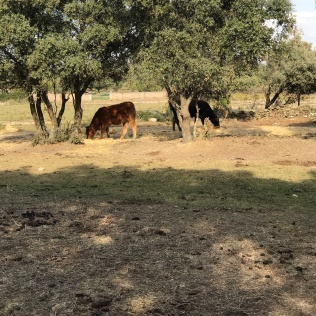 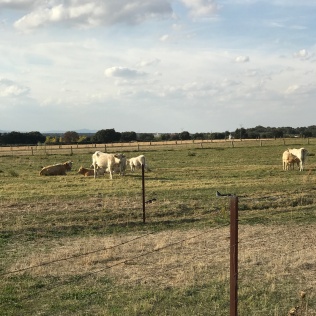 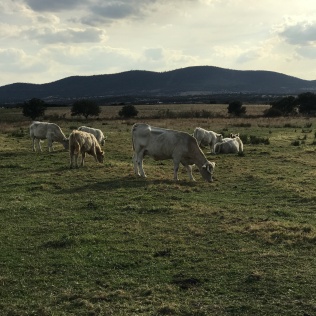 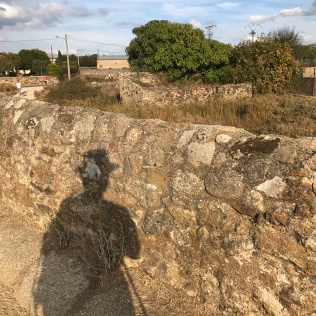 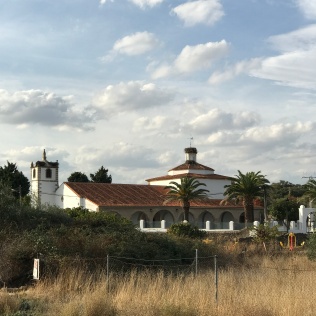 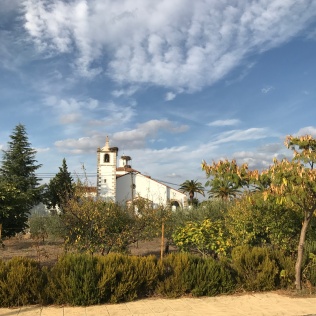 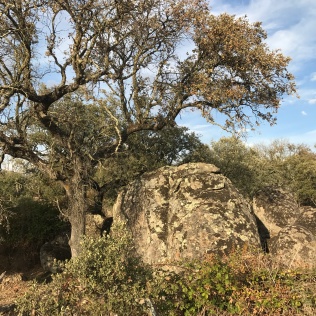 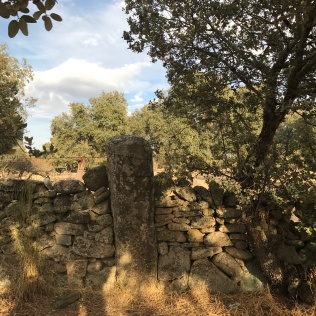 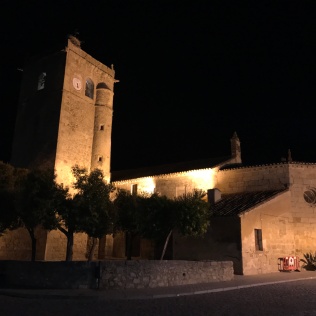 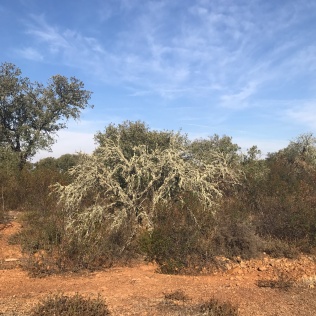 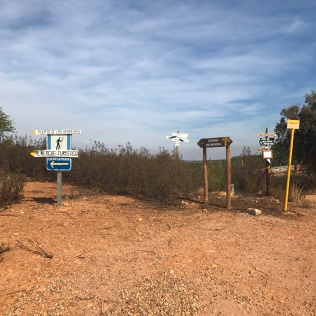 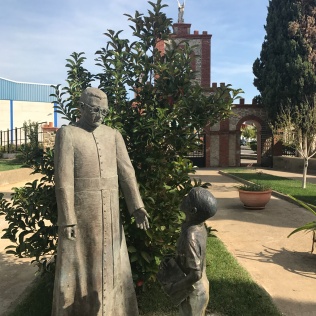 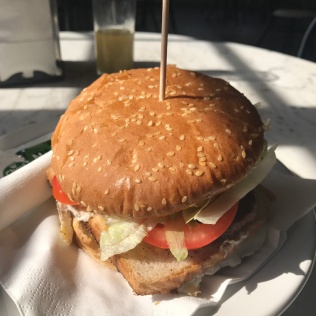 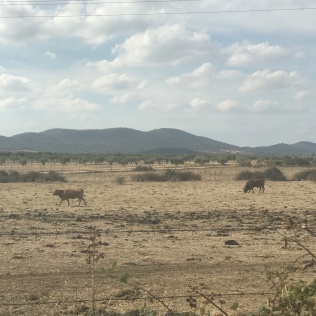