Walking between tobacco fields on surfaced roads against a stiff wind.
For breakfast at the albergue in Grimaldo, I reheated a cup of cafe con leche that I’d brought back last night from the bar next door and wolfed down a couple of plastic-wrapped cakes. I stepped out in shorts and a t-shirt, feeling just a little cold but confident of warming up. Temperatures later in the day reached 18C, but the wind was strong. I was comfortable as long as I didn’t rest in the shade.
From Maggie Woodward‘s blog, I knew to expect to be walking on hard road surfaces all day. I tightened my boots, promised myself a coffee break in every town along the way, and stayed alert for early signs of discontent. It turned out fine, although my feet certainly have that special tenderness that comes from slapping each one against a rock-hard floor with 80+Kg of force, 25,000 times.
I saw a Via de la Plata “cube” and information panel on my way out of Grimaldo but very little signage after that. The arrows that i came across were faded. On the outskirts of Galisteo, some had been whitewashed over! At Holguera, I gave up looking for arrows in the streets. There seemed to be none. Instead, I followed the route from my app. The app directed me down a farm track and away from the road to Riolobos, which Maggie passed through. At the top of the track I saw the first of many tobacco curing barns, with their distinctive pattern of bricks with gaps, to allow air to flow over the leaves during the curing process. Soon afterwards, I found myself walking between tobacco fields. A farmer was out harvesting one field. In another field, young tobacco plants had already been planted alongside the chopped stalks of the last crop. In a couple of fields, I saw a plant with a bright red fruit – it turned out to be chilli peppers.
At Galisteo, I stopped for lunch at a bar/cafe. The owner seemed reluctant to make any suggestions or recommendations, so I opted for the iberico pork sirloin, which was excellent. I also ordered salad – I haven’t worked out how to get a Spanish restaurant to put a couple of leaves on the side of my plate – I have to order the full salad with eggs, tuna, asparagus, lettuce, tomato, and various other things. I was not intending to visit the town inside the impressive Moorish medina, since Maggie didn’t find anything of interest there. However, as I was eating, I realised that I only had 18.75 Euro in my pocket. I breathed a sigh of relief when my bill came to 18.20, and decided to go into the town to find an ATM. I’m glad that I did. I found the town centre quite pleasant and struck up a brief chat with a group of friends who were singing along to some loud music from a bar. We took a selfie together and they directed me towards the Roman bridge and onto my route for the afternoon.
After Galisteo, the land became quite green. At last I could see some grass that might actually sustain a cow.
At Carcaboso, I wasn’t able to reach the people who run the modern albergue. Instead I have come to the Snra Elena albergue which is a little old-fashioned but perfectly clean. The key is held by the owner of the bar, two doors up the road. I was let in by Snra Elena herself. She used a walker to reach this apartment and smiled as she showed me the facilities. She has been a host to pilgrims for 32 years. Amazing! 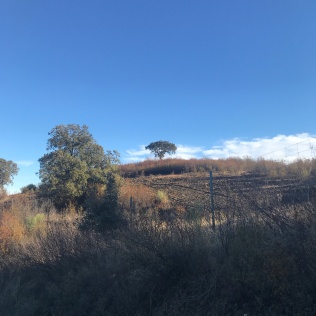 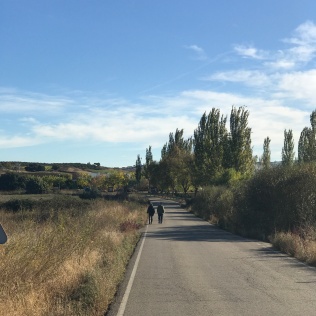 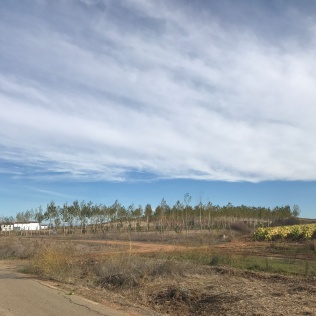 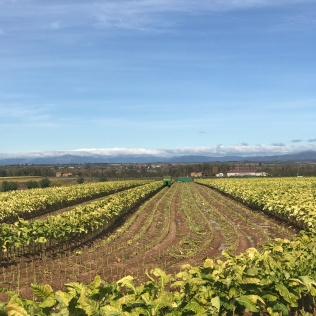 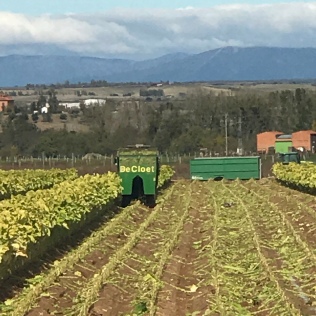 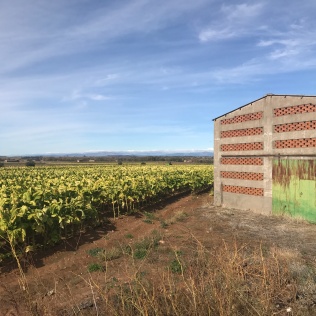 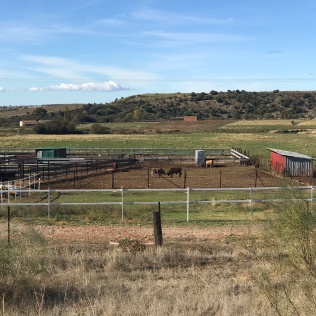 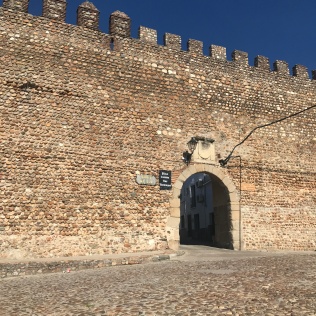 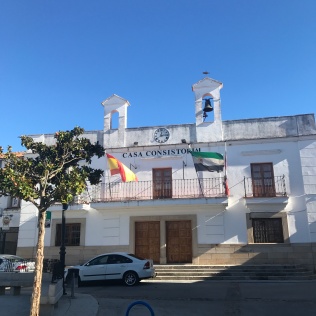 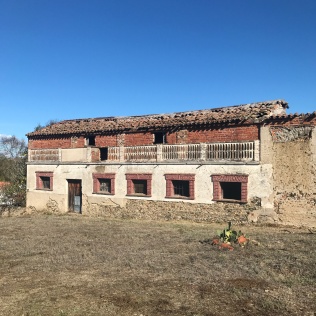 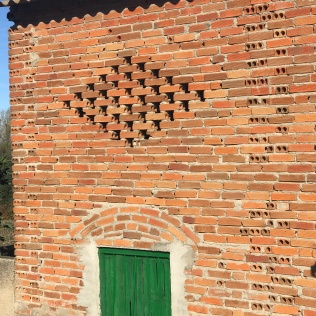 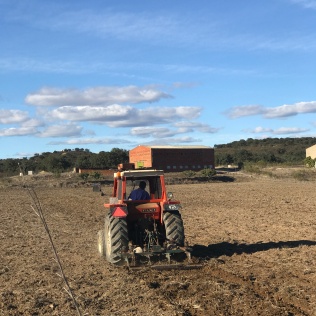 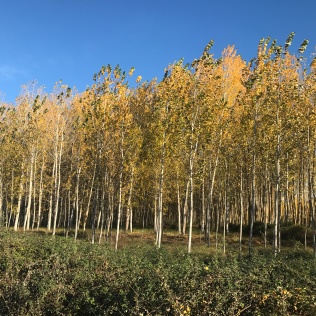