It turns out that Alquife is a hardscrabble iron mining village with a closed-down mine, big piles of excavated debris, and hulking machinery, gradually succumbing to rust – a process which might, eventually, return the iron to the earth, I suppose.
My grandad was rather scornful of privileged kids like me who “travel to every corner of the world to experience life with peasants and working class people, when they wouldn’t even stop to talk to the peasants and working class people in their own country.” (Of course, he was scornful of kids like me, who did exactly the same things as me, but never scornful of me. Everything I did was bloody brilliant as far as he was concerned). He had a point. And if we’d been more conscious of that we might not have experienced the political shocks that have hit us recently. But I’m getting ahead of myself…
I’m frustrated at the time it takes me to throw on a few clothes and strap on my rucksack of a morning. Today, my preparations were thrown by my sad breakfast of mixed nuts, and a chill that I felt in the air. For the first time on this trip, I needed my long-sleeved base layer (from my brief flirtation with running). On leaving the albergue, I was surprised to see fog in the valleys. I took the key to the “hermanos” and recovered my super-duper water bottle from the reception desk where I’d left it.
On leaving the town, I was delighted by the excellent track and stunning scenery. The blades of the wind farms made a peculiar sight as they intermittently rose into view above the fog, and olive groves extended all around. I think I’ve entered olive country proper. I felt some relief that I had been unable to get an earlier start, when I came across a well on the footpath, with nothing but a few branches and some yellow paint to prevent people from falling in. I also found an old cathode ray TV dumped in the middle of nowhere … Some couple must have had an almighty argument over what to watch. I wondered if it contained some components that I had sold in my TDK days.
Deep joy when I reached the town of Dólar and found people setting up a market. I bought plums and oranges and eagerly consumed them as I explored. The stall holder’s Spanish sounded almost Italian to me, and I noticed this with people in the other towns I passed through. I wonder if this is my imagination or something real in the accent – Suni Takahashiwill know…
Dolar has a restored Hammam from the Muslim days – I would have photographed it but my hands were covered in juice. I stocked up on snacks for the day and treated myself to a coffee and toast with tomatoes in the bar.
For the first time on this journey I had reason to dip into my first aid kit for an arch support tube. I don’t know if it’s really the right piece of kit but i felt that it made some difference to an aching Achilles’ tendon.
My walk took me through the beautiful and prosperous looking community of Ferreira. It seemed almost like it belonged in the Swiss alps. After Ferreira, the spectacular scenery continued. Pine forest on the hillside to my left, olive groves to the right, and suddenly the spectacular sight of the castle at La Calahorra. Despite the ache in my heel, I took a detour to climb up to the castle and admire the views. Sadly, the interior is only open on Wednesdays.
La Calahorra seemed much less prosperous than Ferreira, with many derelict buildings for sale (including one palatial structure that will probably be lost to decay).
After Calahorra, I pushed on to Alquife, which is easily the friendliest town that I’ve passed through so far. A teenager at the edge of town said “hola” with no prompting! And an old fella approached and shook my hand, telling me that he’s a buddy of Manolo, my host this evening. Unfortunately, Manolo is visiting someone at hospital, so the lady running the bar took me to his albergue and let me in. 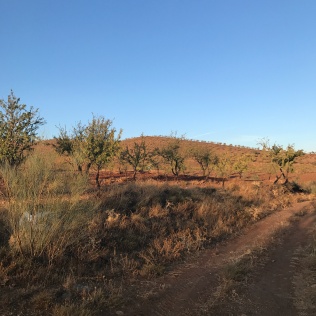 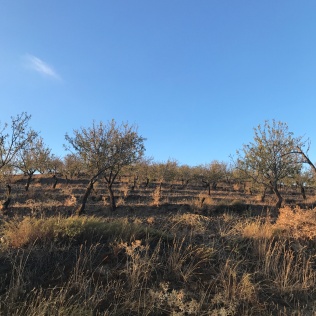 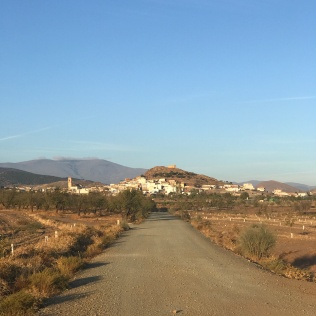 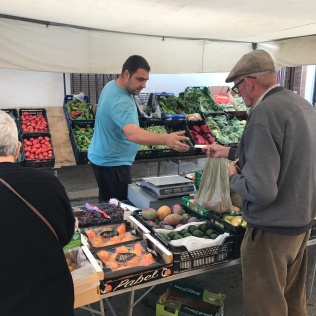 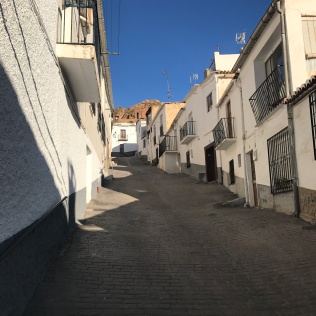 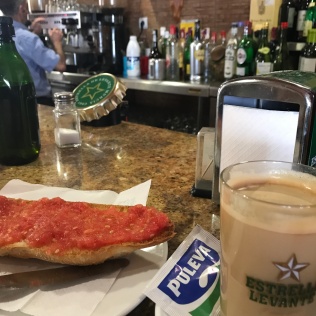 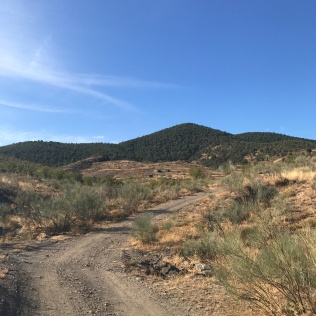 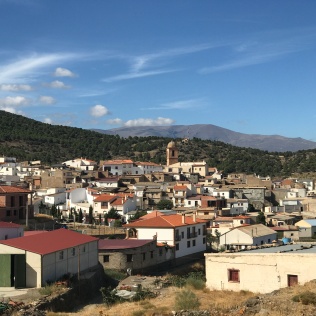 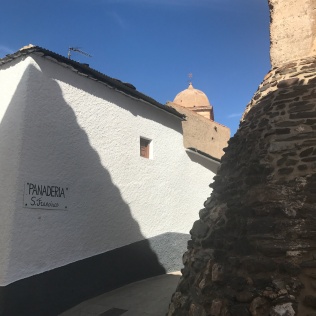 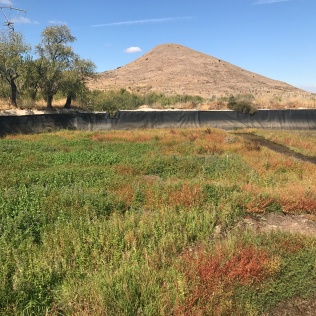 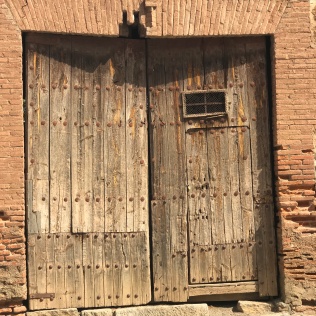 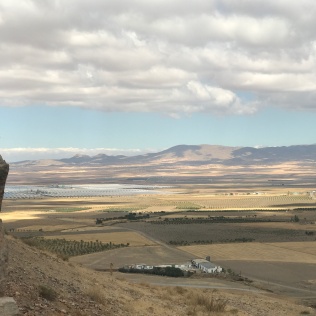 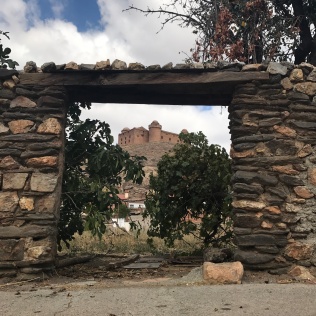 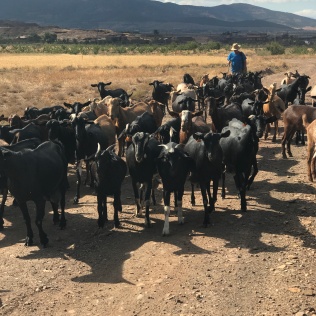 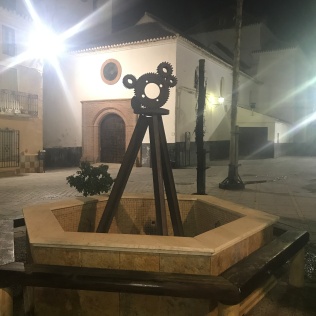