I will be wearing a hat and thermals in bed tonight. As far as I could tell, there were no good options for this evening. The Canadian hospitaleras in Zamora warned me that the albergue in Montamarta (now 11km behind me) was nicknamed “the igloo,” by pilgrims. And Riego del Camino (4km ahead) is also a dead loss since the private albergue has closed (for the winter?). So I tried my luck in the tiny village of Fontanillas (population 60). The albergue here has been converted from a sports hall, I think. There are four beds in a cavernous space that won’t get very warm with the electric bar heater. On the positive side, its clean and the water in the shower was hot. The bar up the road served me a passable meal and prepared a sandwich for my breakfast. It brings back memories of working on the Jolie Brise at the Exeter maritime museum during winter holidays and sleeping in a frigid warehouse by a canal with ice thick enough to walk on. And, at the risk of sounding like a Monty Python sketch, I thought that was fun.
The walk today was quite pleasant. On the way out of Zamora, I passed the sign that indicated a fork in the Camino – Left to take the little used route through Portugal, Straight ahead to keep following the Via de la Plata. I went straight ahead. Tomorrow I should hit another fork, with a left then taking me off the Via de la Plata and onto the Sanabres route to Ourense and then to Santiago.
For most of the day, I had at least one field between me and the road – in earshot of the traffic but pleasant. In Roales del Pan, I took photographs of myself in front of a wall that had been painted with a map of the Camino and took a coffee break at the bar.
For reasons too boring to explain, I was expecting to reach Montamarta after 12km. But it’s more than 18km from Zamora. That’s why I already felt a bit befuddled when I arrived. Then, the sight of the “El Zangarron,” statue sent me into complete confusion. I wondered if a Namahage from Akita in northern Japan had ended up here somehow. I asked about this creature at the bar, where an original Zangarron costume was on display. They told me that it was a bit of fun to scare the kids with on New Year’s Day. It’s the same idea as Namahage in Akita, then. (If your only reference of this kind of thing is the film “The Village” you might be surprised that this is what passes for fun in Akita).
From Montamarta onwards, the path of the Camino criss-crossed over the construction site of the high speed railway line between Olmedo (near Valladolid) and Pedrada (near the village of Sanabres, which I will pass through later). I didn’t see any proper “hard hat” work going on, but I was passed by several lorries that were ferrying heavy loads to the site. A specially designed fork lift vehicle, unloaded the cargo into neat stacks at regular intervals along the trackbed. I suppose the materials will just bide their time there, attracting very little attention until they’re needed. I think they’re sleepers.
I made it to Fontanillas just as the light was turning a beautiful orange. I called the lady who manages the albergue and she sent her husband to give me the key and stamp my pilgrim’s credencial. He seems to think I could make it to Tabara tomorrow, where the albergue is supposed to be wonderful. I think it’s unrealistic but perhaps if I get an early night now, I’ll be able to set off early and see how it goes. 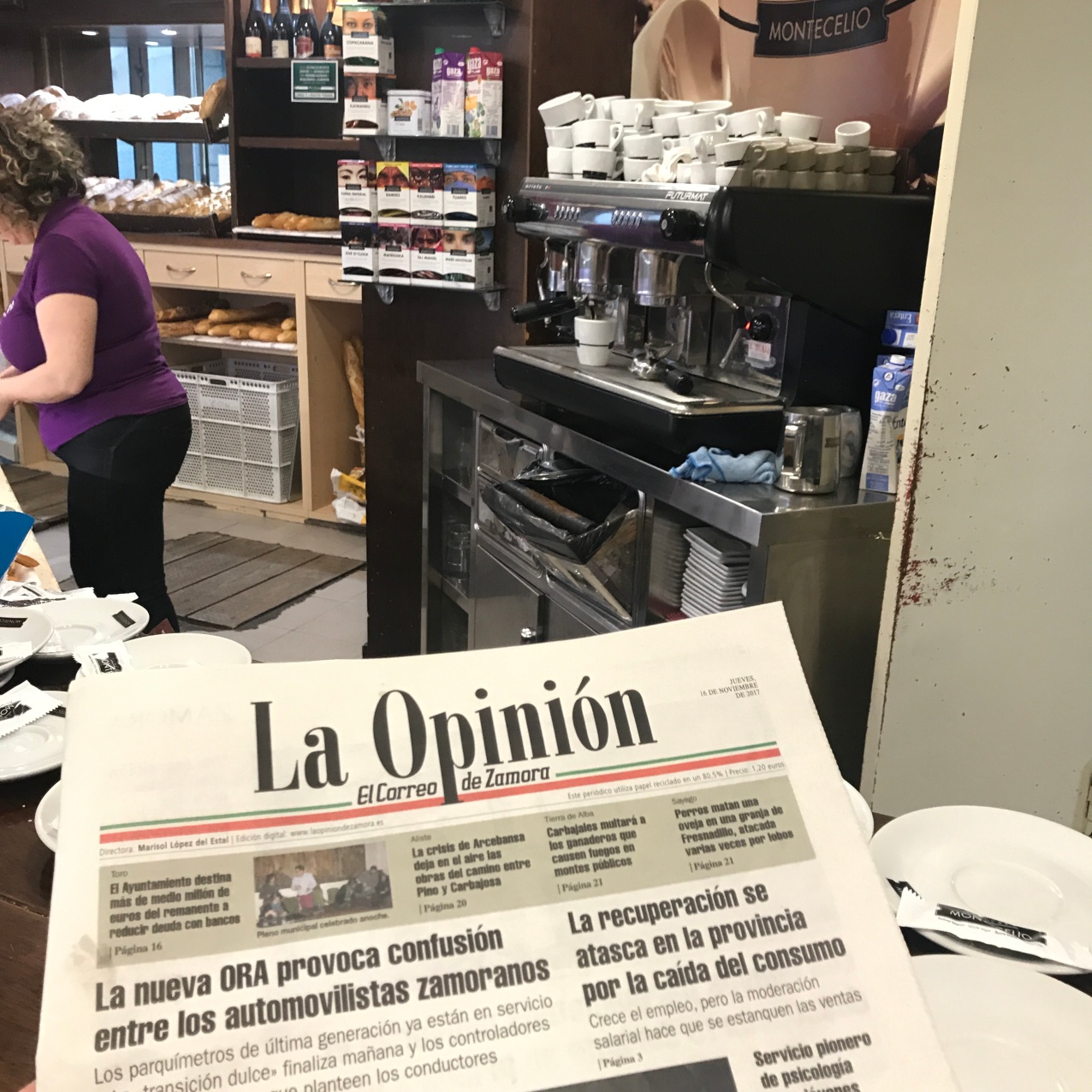 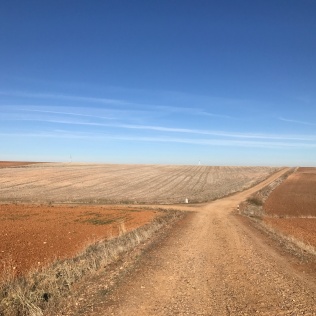 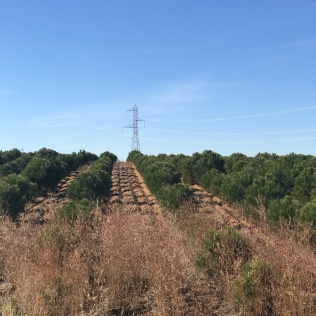 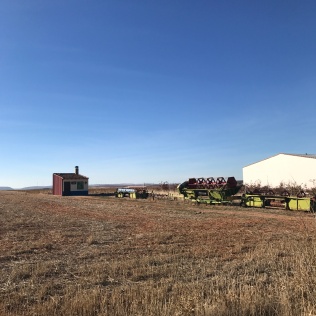 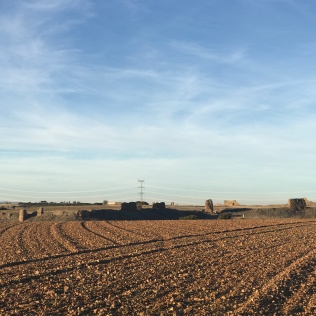 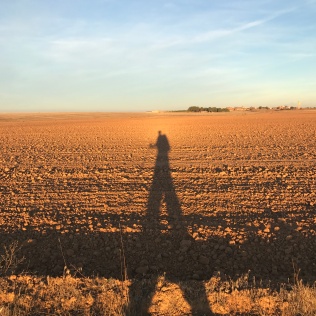 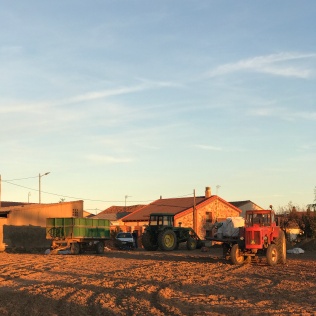 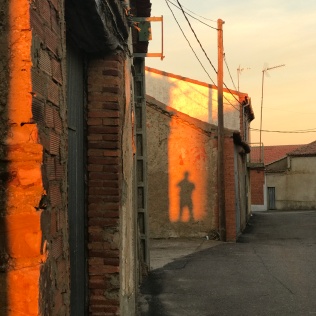