I’m pleased that Marco, Lucia, and I rented an apartment when we got to Santiago. It gave us the chance to sleep deeply in separate rooms, linger under the shower, turn the heating up as high as we wanted, listen to music, wash and dry all our clothes, and enjoy a relaxed dinner “at home.” I think we all needed a break from hostel life.
Marco’s taxi to the airport picked him up at 7:00am. As agreed, I woke Lucia at 10:00. She slept for 12 solid hours and felt restored and hungry when she woke.
We took our bags to The Last Stamp; a modern albergue near the cathedral, which will be my base for a few days. Then we had a quick breakfast of apple cake and coffee before heading to the midday mass. Over breakfast we chatted with a couple of women from Madrid who were taking advantage of this week’s two national holidays to take a break in Galicia. They were delighted by the wet weather, which they felt was perfect for Santiago. They feel that it’s right to be feeling the damp cold through their coats, dodging puddles on the flagstones, and warming up in cafes that serve coffee with almond Santiago Tart. I didn’t know that Spanish people could love the rain. It reminded me of Woody Allen’s distaste for sunny California.
Other people have also been telling us that this is just what the region needs, after an exceptionally dry year. I know that they’re right; I’ve witnessed the acres of burned forest all through Galicia.
It’s possible that the midday Mass was a dignified affair for the folks in the pews. For those of us who joined the queue twenty minutes before kick-off and found standing room at the far ends of the transepts, it was a bit Millwall vs. West Ham. I remonstrated with a queue-jumper who feigned incomprehension. I hesitated to photograph a father and daughter who were taking selfies during the consecration. (If I photograph them, wouldn’t I be guilty of being sanctimonious at the same time as committing the same offence? Better just to be sanctimonious). I winced at all the people who disturbed me with their conversations, or bumped and barged and poked me with their umbrellas. But in the end, I came to enjoy this medieval action in the peanut gallery.
By the time I spotted the two pilgrims who were drenching everyone around them as they barged through the crowd with the soaking ponchos, under which they were hiding 50 litre rucksacks, I decided that this was all an exercise in refraining from judgment. It was all good. I fully internalised this lesson by taking a flash photo of the bishop as he left.
At the start of the service, I heard the bishop welcome the pilgrims to the mass in English and some other languages. I was able to follow the progress of the mass thanks to some kind of muscle memory. I think I got the Nicene creed right.. in the wrong language, of course. But these days I have trouble participating in mass in my own language. The responsive readings have changed since I last held a season ticket.

The disappointment from the congregation was palpable when it became clear that we would not see the famous Botafumeiro flying. The priest used a Swiss army pocket censer to spread a bit of incense over the altar and legions of mobile phones went back into coat pockets.
After mass, Lucia and I had lunch in one of the less crowded restaurants and wandered around the maze of streets around the cathedral. She went to the albergue to print her boarding pass for tomorrow and I went in search of a bar to drink G&T and write this. My plan for the next few days is to see a couple of museums in Santiago and perhaps to try to walk the four km of the Camino Sanabres that I missed by detouring to Lalin and following the Camino de Invierno to A Laxe. I think I’ll fly to London on Monday.
This seems like a good time to wrap up this public account of my journey. I’m grateful to everyone who has put up with the bad jokes, followed with interest, and made encouraging comments. I have found it helpful to record my thoughts daily, in a somewhat disciplined way. Perhaps knowing that I would need to write about things and share photographs made me more observant and curious on my journey. It’s my intention to move these daily updates to a blog site – along with an account of Camino Days One and Two, which I didn’t dare to write because I felt sure that I wouldn’t make it to Granada, let alone to Santiago. I plan to do some silly things with my photographs too. And I might also use the blog site to publish some other content… if I get around to writing it. I’ll let you know where to find it when it’s ready. Thanks to you all. 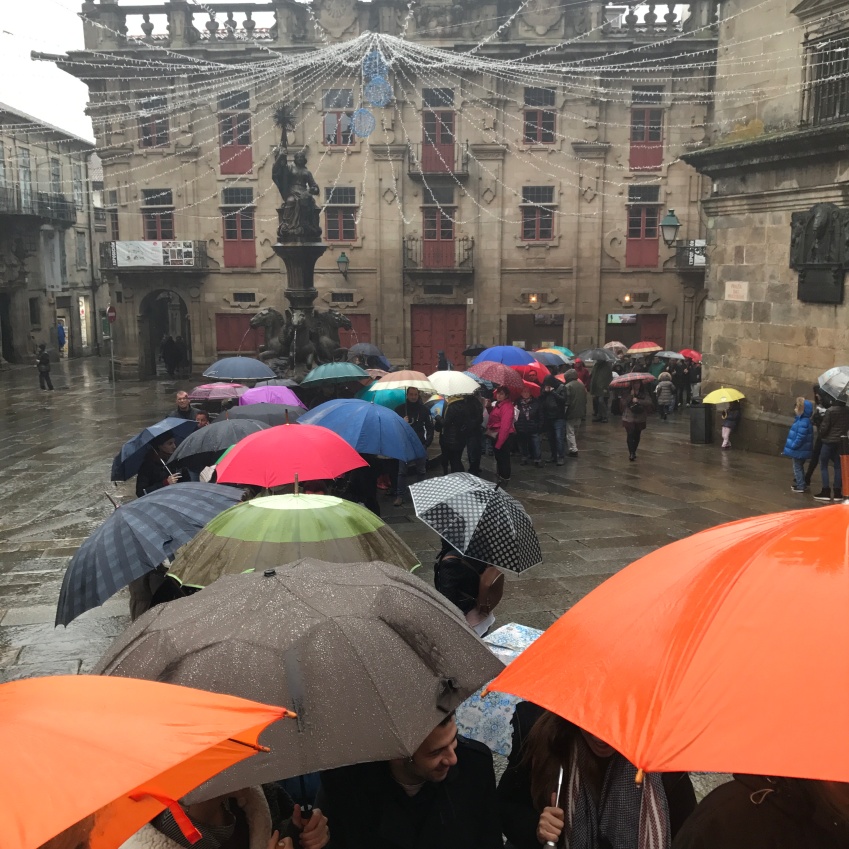 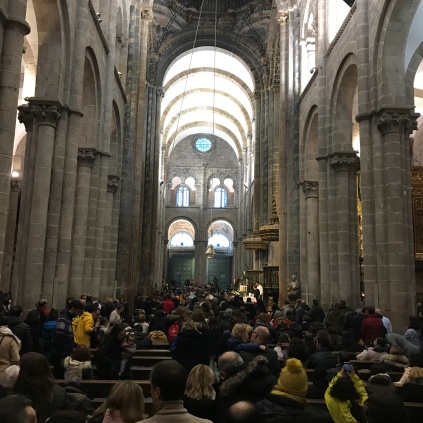 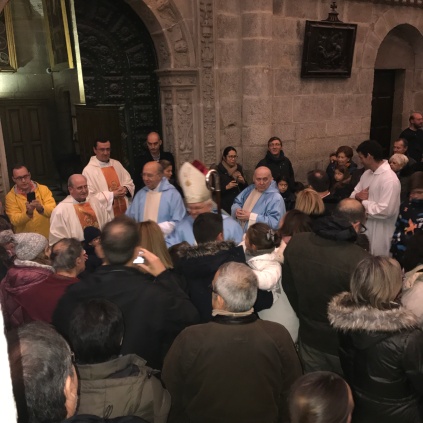 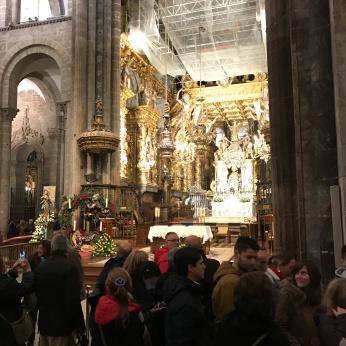 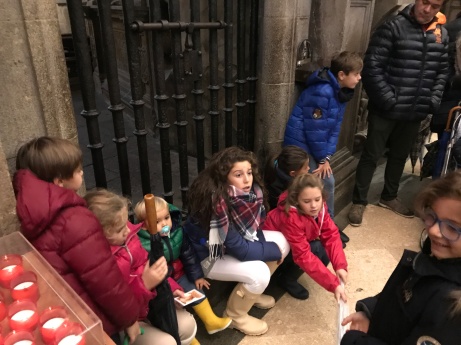 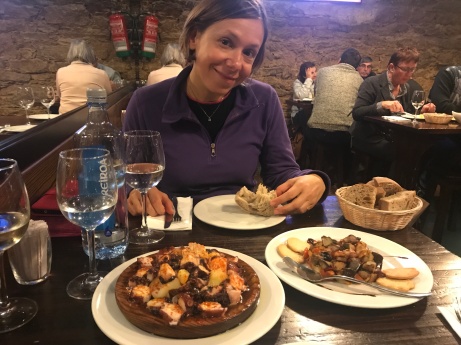