A lovely walk today, in comfortable temperatures, through lush green countryside on good, stone, paths.
My way out of Córdoba today was more or less the reverse of the route that I walked yesterday from the camping shop into the city centre. In contrast to the walk out of Granada, the transition from residential suburbs to open country was quick. I noticed that Córdoba has many mature trees in its streets; even in suburbs like Sagunto, which have medium-rise housing blocks and a good mix of small retail stores. The trees provide welcome shade in the hotter months and break up the repetitive geometry of the man-made buildings.
After leaving the city, the route followed a path that took me over a Roman bridge and alongside the railway tracks for a short distance. From then on, the track was well marked (perhaps excessively marked, which I never imagined I would say). In places I had to tiptoe around large puddles and patches of mud from yesterday’s rain, but on the whole, the paths were good. Later in the day, the ground underfoot turned from earth to stone and I climbed a couple of hundred meters to get some spectacular views of the green hills, holm oak meadows, and Mediterranean pines – the distinctive trees that one sees around Rome.
I have yet to come across acorn-eating pigs, but I did find some horses who were greedily eating acorns from the ground. They seemed entirely absorbed in this activity and uninterested in raising their heads to pose for a photograph.
At the top of the climb, I found an abandoned railway station with just one length of track – I guess this may have served the mines in the days when Cereo Muriano was a copper mining town. Shortly after this, a sign announced that I was following the Cañada Real Soriana – the royal livestock road, which brought me all the way to Cerro Muriano.
I got no answer when I tried to call the Dutch couple whose hostel Maggie Woodward stayed at on her Camino. Nonetheless I have excellent accommodation at the Hotel/Restaurant X, where the owner has decorated a room for pilgrims with some interesting Camino artefacts and helpful guides and maps. 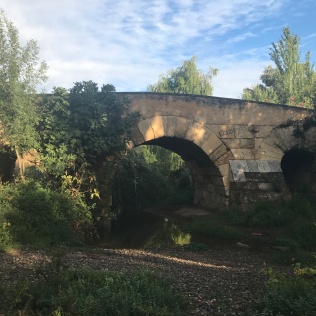 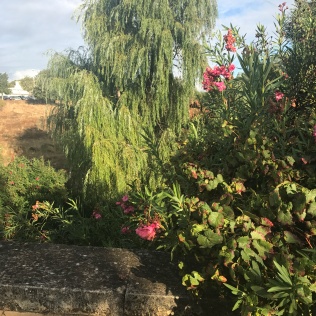 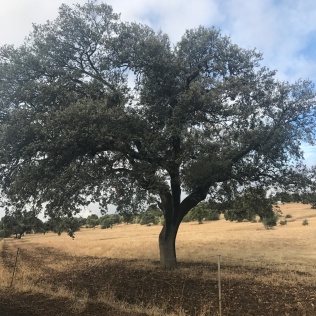 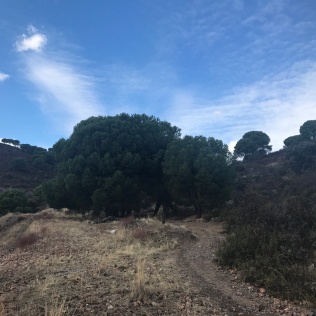 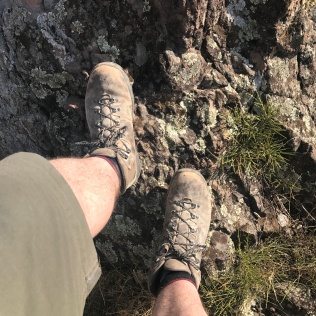 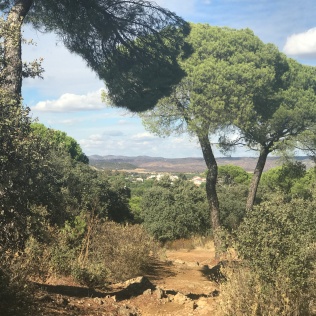