It rained. Mostly sideways.
Uwe and I left our hotel after a breakfast of toast with jam. We walked up the street of A Gudiña – basically a one-street town – and bumped into Jose and Isabel, who had spent the night at the albergue. Isabel reassured me that it was one of the cleanest and best albergues that she has seen since she set out from Malaga, with a great kitchen. I need to update the internet discussion thread that I read with this information. Juan and Isabel were curious to know if we were planning to walk 35km to Leza – but our plan was to walk a modest 20km to Campobocerros. Apparently, Juan managed to twist his ankle the day before. I’m not sure if they walked today. They’re not at the albergue in Campobocerros. I do know that they’re safe, since Jose has posted an update that they’re having chickpeas with their dinner.
Our route today took us up to the crest of a hill that overlooks a huge natural lake, formed by the Rio Camba. Unfortunately, however, we walked through low clouds all day and rarely had more than 100m visibility. We were deprived of the wonderful views that might have made this walk more enjoyable.

For the first 5km of today’s walk, I convinced myself that my boots were still watertight. For the next 5km, I accepted that they had filled with water up to my ankles. I held on for a cafe or bar where we might dry off and warm up. But we didn’t come across a single bar along the way
At around the halfway point, in A Venda la Capella (San martiño), we saw signs to a railway station and wondered if the village might have some kind of shop or cafe but we found only a few farm houses and a row of identical bungalows in ruins – perhaps they are abandoned workers’ houses from a time when there was a mine or something in this area? We took shelter inside the first building for a short break. We had some chorizo and cheese that Uwe was carrying and I changed my socks. The relief was short-lived. I soon had wet feet again.
From here we had 10km further to walk through driving rain. I believe the scenery on this stage of the Camino is quite beautiful. The hills that we climbed appear to overlook a lake formed by the Rio Camba. It’s a shame that visibility was too poor for us to enjoy any views until a brief moment a couple of kilometres before we reached Campobecerros, when we got a glimpse of the beautiful valleys. At times, we realised that we were passing hillsides where the first fires of a couple of months ago had destroyed trees and shrubs. We could see blackened tree stumps and the aftermath of huge fires. It was hard to imagine, on such a wet day, that the area was perilously dry just a few weeks ago.
Quite a lot of the walk was on the road, but there was space to the side of the road that we could move to when we heard vehicles approaching. The few cars that we encountered were moving cautiously and slowly. Towards the end of the day, a red hatchback stopped to ask if we needed help. It might have been a tempting offer at an earlier point, but we knew that we were getting close to our goal by then.
We came over a final hilltop and saw the village of Campobecerros and the enormous construction project for the new railway next to it. From here, there was a steep descent, on a rocky track that had a stream running through it. We were relieved to see signs for the albergue as soon as we arrived in the village. We walked past the parish church, which is dedicated to Santiago and up some narrow streets with overhanging roofs that the water was spilling off. We spotted a bar and crashed in, leaving puddles on the floor in our wake. I tried to play it cool by commenting that it was raining a little. The owner replied “Un poco mucho!” and her mother, sitting by the stove looked up from her newspaper and tutted at us. We felt like tough, rugged, hard, men after our adventure so we ordered a tough man’s drink – two large cups of ColaCao hot chocolate.
The albergue up the road proved to be great – clean and equipped with a washing machine and tumble drier in the garage. Since we arrived early (around 2:30pm) we were able to wash and dry everything and take a nap before going out for drinks and dinner. Outside the albergue is a statue of a man in a very dramatic carnival costume. It looks almost like a South American tribal costume. This must be a special, local, tradition in this village. The bar that we visited for dinner (full of the same customers as we met in the first bar) has photographs of people in this costume.
The forecast tells us that the weather tomorrow will be dry. I hope our boots will be too. 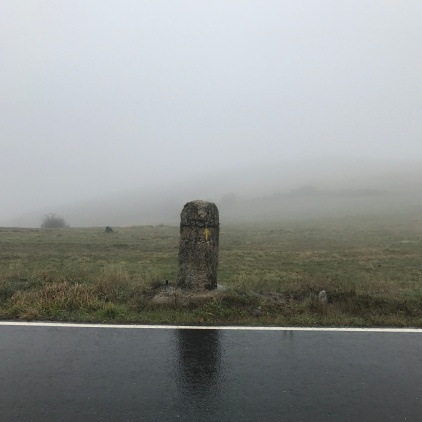 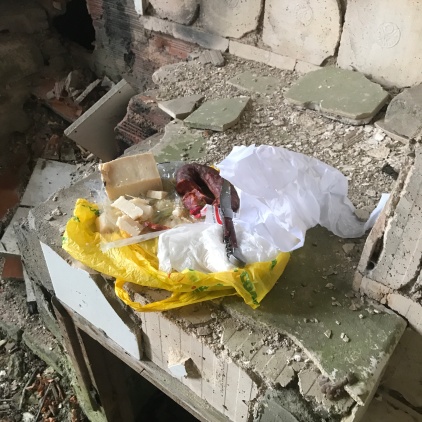 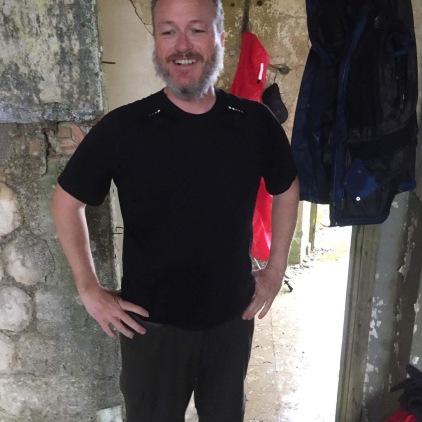 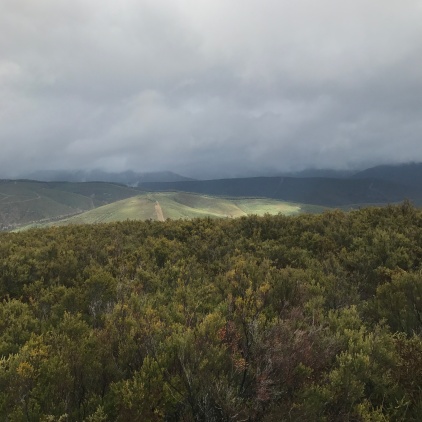 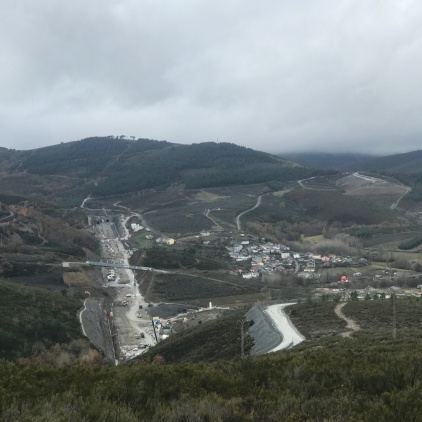 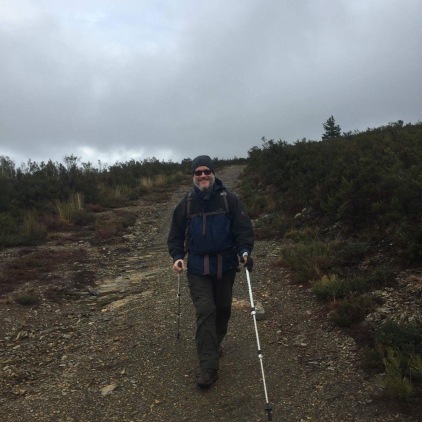 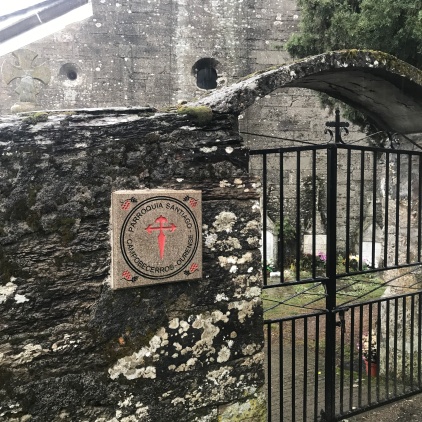 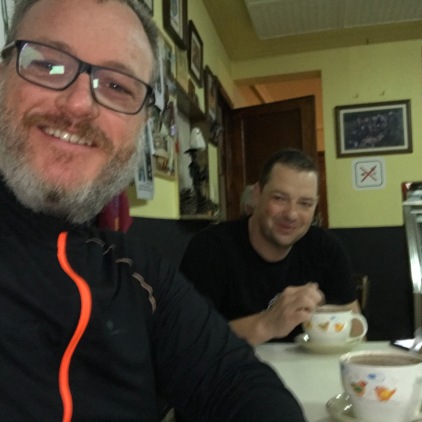