A chance to appreciate the beauty of Galicia.
It was a relief this morning to see clear sky from the window by my bed in Campobecerros. We packed our rucksacks with the clothes that we had washed and dried at the albergue and stepped out of the albergue at 8:40 in search of a bar where we could get some coffee and toast. Nada. Three closed bars in the village.
We walked uphill from Campobecerros, enjoying views over the misty valleys. The first couple of settlements that we passed through were too small to support a cafe or bar, but in Eiras we came across a “support point,” for pilgrims with a table and chairs, a flask of coffee and some Tupperware containers of biscuits and bread. There was a visitors’ book with messages, a donation box, and a selection of shoes that people had dumped at this point. I think i recognised a pair that Ladislaw was carrying as he broke in a new pair. I have a feeling that I’ll be doing the same with my boots soon.
At Laza, we had a brunch of chorizo and ham on toast and sandwiches with ham and tortilla, washed down with a beer and a coffee. The pilgrim association’s assistance post across the road was closed.
In the village of Tamicelas, we stopped for a chorizo and cheese break on a bench in front of the quaint church of Santa María. From here we began a steep ascent up Mount Requeixada. Each time we thought that we had reached the summit, a new high point appeared ahead. At the top, we enjoyed the spectacular view and started the short, final, stroll into albergueria.
Our arrival at the bar in Albergueria was marked with with the brusque greetings that belie a deeper welcome in these parts. We had a beer in the bar and performed a ritual that hundreds – perhaps thousands – of pilgrims have performed here before us. We wrote our names on a shell, which the bar owner will nail to the wall at the bar or the albergue. We dedicated our shell to Michael, who was unable to continue on the Camino with Uwe.
I noticed a photograph of Jacques Brel on the wall and commented on it to the owner. He explained that he knew Brel in Paris. He showed me several photographs from that time. “Brel smoked too much.” Sure. Tell us something that we don’t know… The owner played Brel recordings. I shivered at the emotional crescendo of “Quand on n’a que l’amour,” and did my best to explain the story of the devil’s visit to earth to Uwe when we heard “Le Diable” (Ça Va)*
[*Corrected]
There is no restaurant in Albergueria. The albergue kitchen and the bar have a few food products for sale – mostly tinned or long life. I made us a tuna pasta bake. It was warm and it filled us up, at least. After dinner we went back to the bar, which had filled up with locals and their kids back for the weekend. The bar owner showed me some original photographs of Brel, performing at the Olympia in Paris. To my amazement, he offered me one at the end of the evening. Now I must work out how to get it home without damaging it. 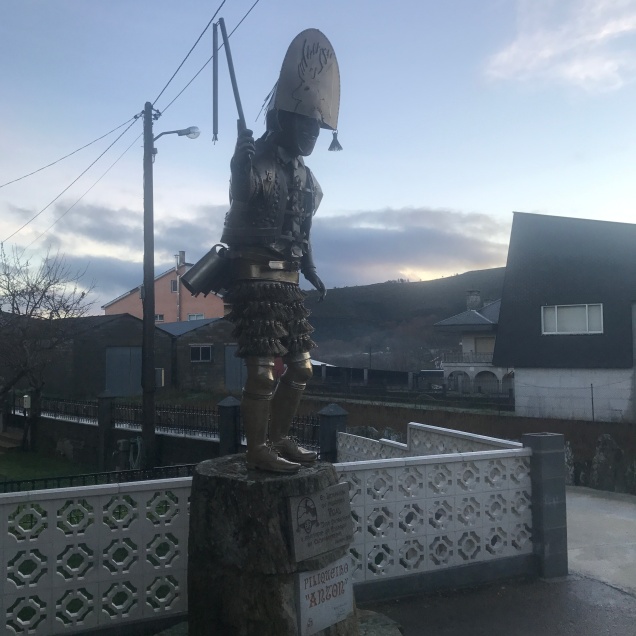 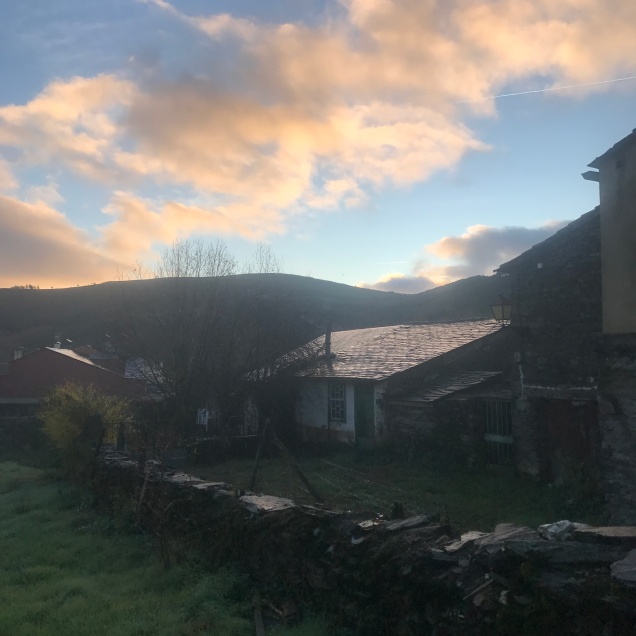 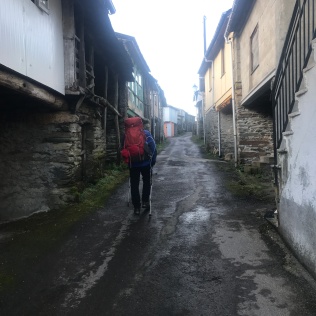 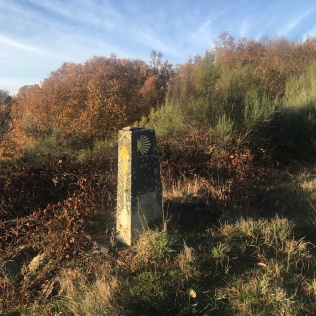 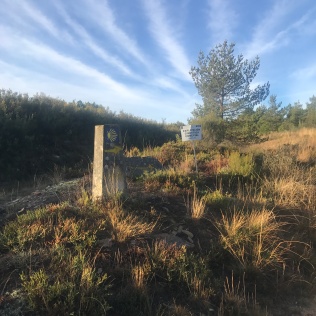 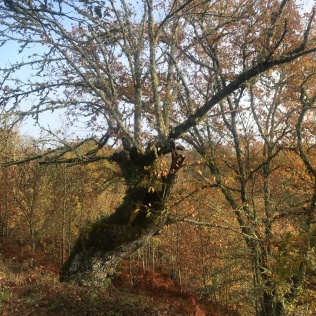 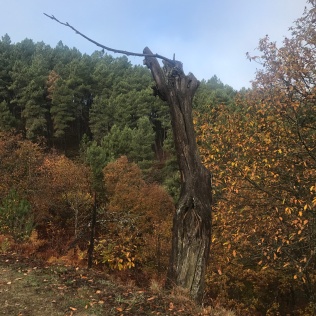 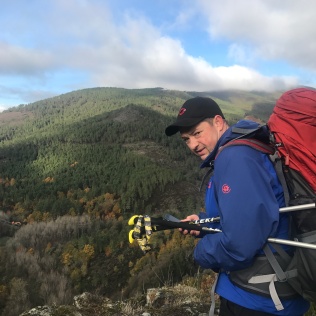 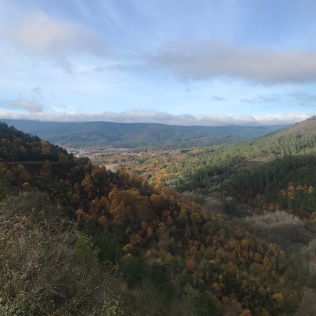 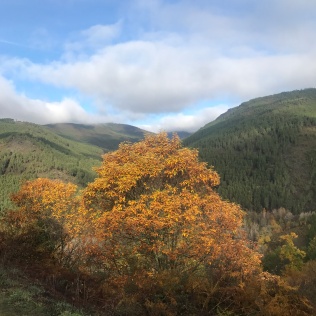 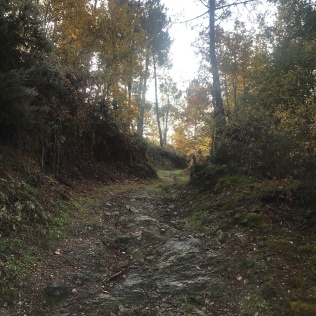 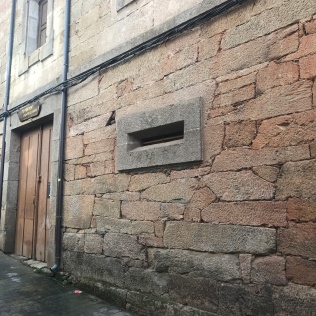 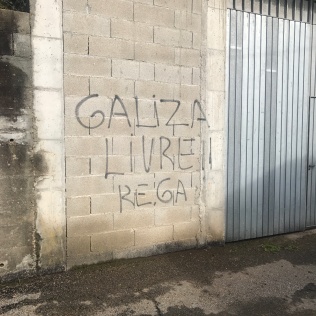 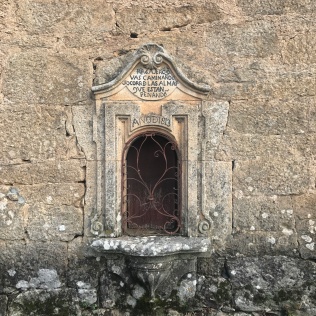 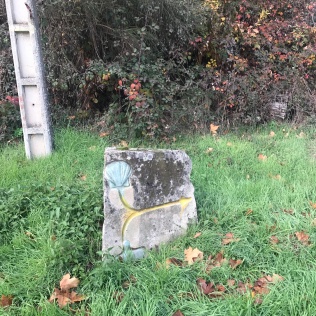 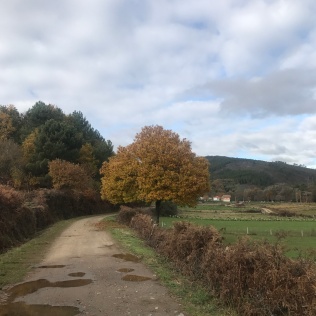 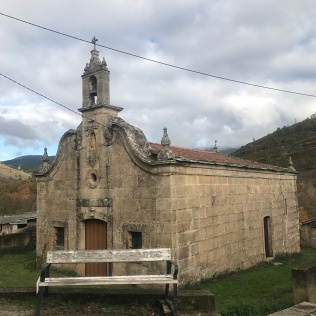 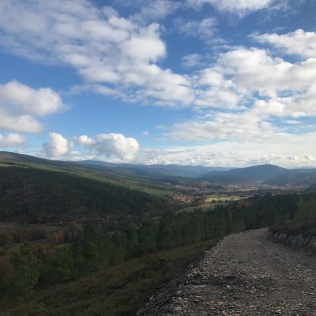 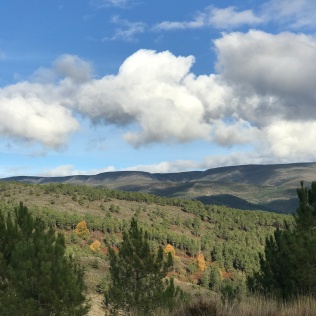 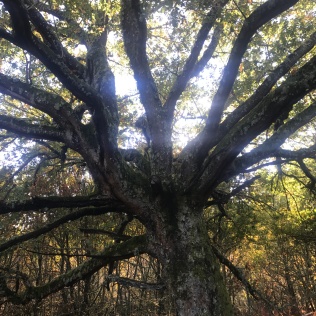 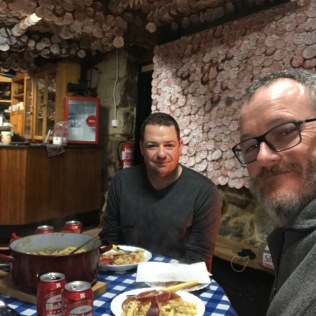