I set out nervously at 6:30 from my cave in the suburbs of Guadix, following the arrows through the city centre and past the cathedral that I had toured the day before. For the whole day, I have been questioning every twinge and change of sensation in my feet. At the end of the day, there’s some soreness, but less than I had on the way into Guadix. I think it’s a good sign.
Today’s route went briefly through pine forests and then for most of the day, it took me through otherworldly scenery – like a “Grand Canyon” with troglodytes at every turn. In Purellena, an unremarkable town with a rather dirty-looking chimney, at the crossroads of some major highways, I found poems painted on ceramic tiles below the yellow arrows that signal the route of the Camino Mozárabe to pilgrims. I had read about this initiative and was pleased to read one line from Antonio Morillas that I think I understand: “I write and I write so that tomorrow, someone will know for sure that they are not alone on this road.” I decided to get my pilgrims passport stamped at the town hall. The clerk did it enthusiastically.
Toward the end of the day, the two women from the Netherlands – Affina and Charlotte – caught up with me. They’re experienced walkers who shared their experiences of waking the via de la plata.
The countryside became more attractive, with the end of the “grand canyon” and the start of greener valleys. Within an hour, we were in La Peza – a small town at the edge of the Sierra Nevada national park – where the entire population appeared to be sitting next to each other and chatting on benches dotted around town. Our albergue has evening English classes on the ground floor and a well equipped gym in the next building. There are men setting up steeply raked seating in the diminutive town square – I guess it’s for some kind of bullfight, since there are defensive, wooden, panels of the kind that one sees at corridas and the square has a bronze bullfighting statue in the corner that the local children like to play on.
Tomorrow we face the greatest challenge of this stretch of the Camino – a 30km walk from here to Quentar, through wild country with no settlements, no source of food or water. I hope that I’ll come through in good shape. 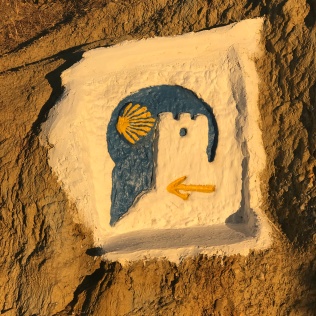 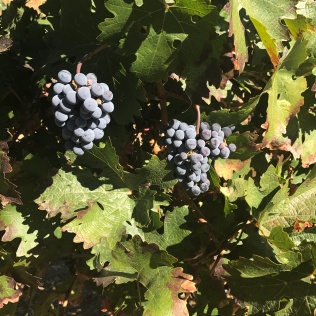 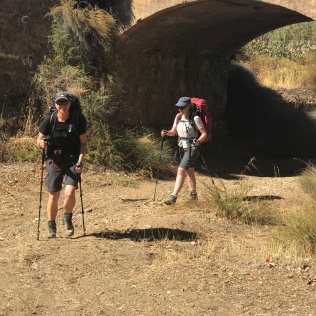 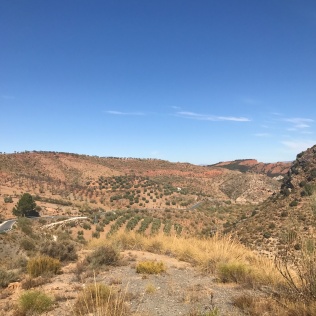 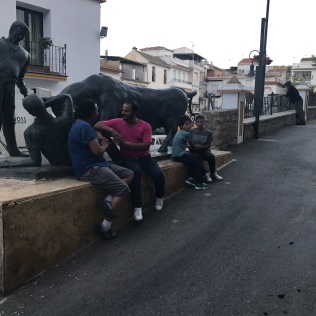